One thing you quickly experience when approaching a penguin colony is a certain aroma. Let’s just say it can bring tears to your eyes. And, it makes you wish there were a hog farm around just to sweeten the air. But all that is quickly forgotten upon arrival.

And, they were all waiting to greet us! 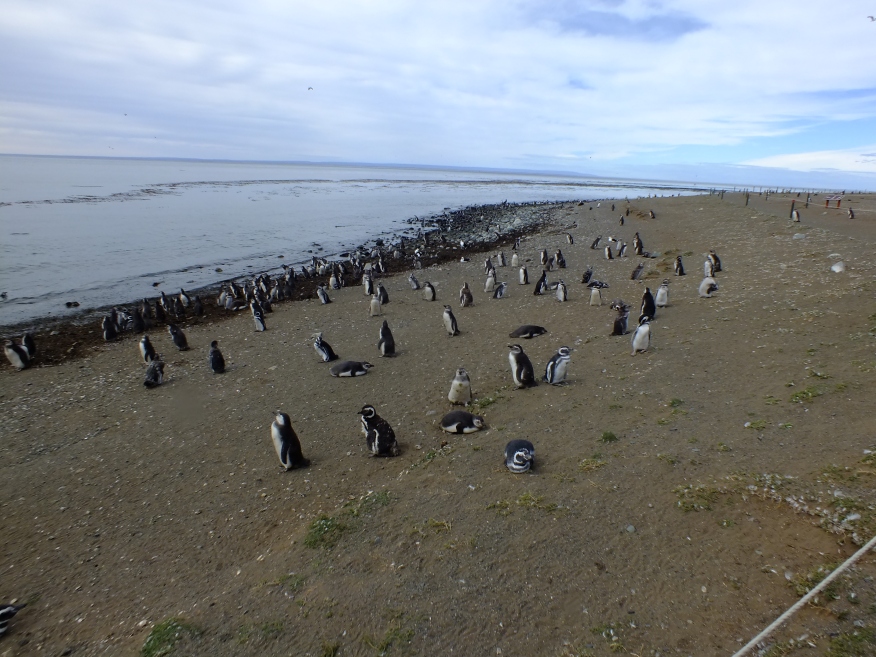 Thankfully there was a dock there, so it was easy to get off the boat. From the dock there is a roped off walkway that leads around the entire island. There are ample rangers there to keep you on the path.

From the time we got off the boat we were surrounded by cuteness:

Magellanic penguins live in burrows shaped like extended triangles. And (awww!) they mate with the same partner year after year. The male somehow finds his burrow from the previous year  and waits to reconnect with his female partner. The females are able to recognize their mates through their call alone. How they hear it above the squawking gulls is beyond us.

At the time of our visit many of the chicks were just finishing molting, while in some nests were chicks not very old.

Here are some young penguins ready to try the water:

Our walkway led us to the visitor center/lighthouse: 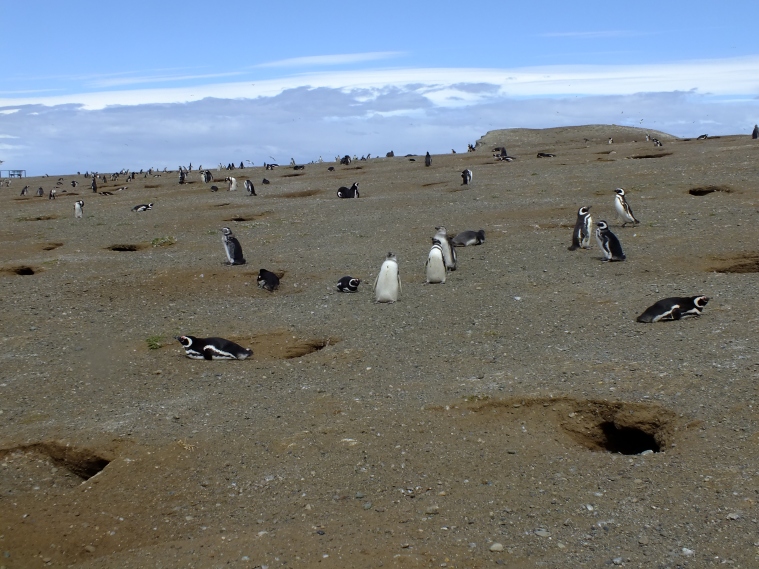 We saw numerous places on the island where our friends in the animal kingdom were able to demonstrate, in their own way, just how happy they were that we had discovered their nesting place: 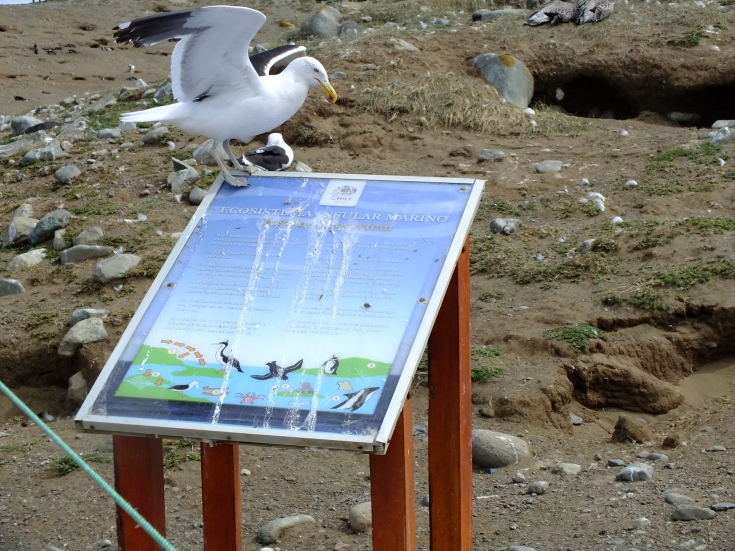 Here is a penguin parent bringing food for the family, something from the nearby sea:

Some are clearly more into hygiene than others: 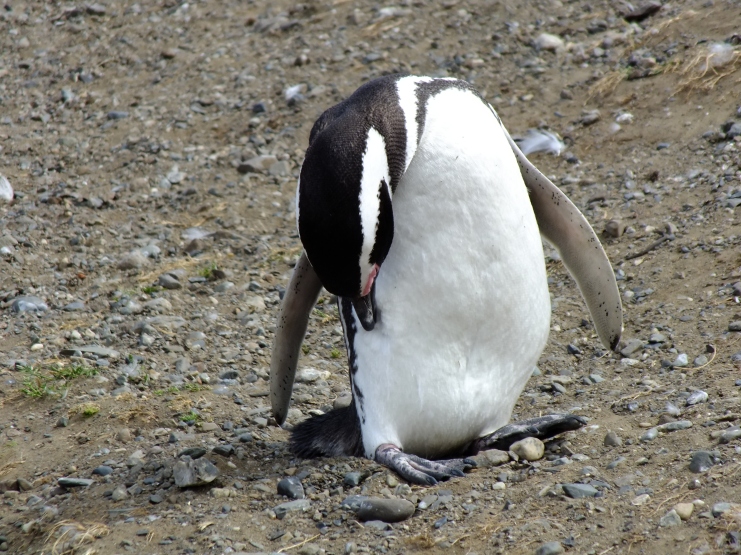 Sometimes it’s just enough to only stand and wait:

Although, there are others who feel it necessary to organize a beach patrol:

Then there are those who would be happy just to have a pedi:

Along my way to the lighthouse I came across a naturalist whose job it was to clean off the signage:

She was more than happy that she had cheated death to come over here!

Soon it was time to say a sad goodbye:

But wait! Our co-captain had a treat in store!

A small container of cookies and a cup of instant coffee for our long voyage home. I’m not a big instant coffee fan, but it’s kind of chilly, so OK. Hold on!!! What is that by his right elbow? A bottle of Pisco? One shot of that and, whoa!, the best coffee this side of Paris. It was a much more relaxing voyage home.

© David Michael Stoner and Oldcapehorner, 2014-Present. Unauthorized use and/or duplication of this material without express and written permission from this site’s author and/or owner is strictly prohibited. Excerpts and links may be used, provided that full and clear credit is given to Mike Stoner and Oldcapehorner.wordpress.com with appropriate and specific direction to the original content.
Loading Comments...
Comment
×
<span>%d</span> bloggers like this: