Vienna was a republic, so the Doges (long “o”, soft “g”) were elected, not by the common folk, but by the representatives of the wealthy families of the city. In all there were 117 Doges through the history of Venice, the first being elected in 697 and the last, being advised by Napoleon to take a hike, left in 1797.

So, for 1,100 years there was more or less of a struggle between the Doge and the electorate to wield power. The first one had to serve under the rule of another city. He left and the next guy was elected by people who wanted out from under the thumb of the Byzantines. Well, he was assassinated. For a while after that some other guys filled in. In 742 they elected a guy name Theodato Ipato. He served for 13 years till somebody else, Galla Gaulo, thought he could do a better job. So, with some of his friends, he arranged to have poor Theodato deposed, blinded, and exiled. Galla didn’t last more than a year until another guy, Domenico Monegario, had him deposed, blinded, and exiled. Domenico ruled for 8 years, then the same thing happened to him!.

The next in line, no doubt wearing protective eyeware, served without being deposed, but he, too, made a big mistake. When it was time to take his leave, he put his son in his place. Well, one of the big no, no’s of being a Doge is nepotism. The electorate gave the son and his family a one way ticket to Mantua, and made it clear that returning would be a VERY bad idea. Apparently they all died in Mantua.

So, on and on it went for centuries. The Doge would try to get away with something and the Council would say, “No, no, no!”

It is pretty clear, though, that these guys were not shrinking violets. Here are a few portraits. 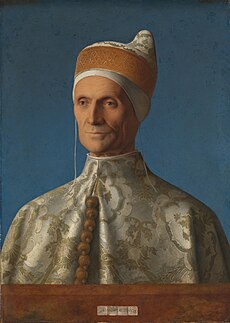 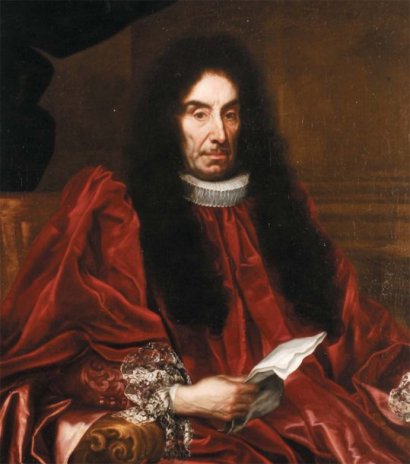 Around 1150, the current Doge had a palace built in its present location, connected to Saint Mark’s Basilica, which at that time was a private chapel for the Doge. From that point on, the Doges were required to live at the Palace, mostly so the Council could keep an eye on them. At one point, the council required one of its members to be present before the Doge could even open correspondence from a foreign power.

The original palace did not last, so around 1340 the construction of the current palace began. Over time, there were fires and modifications, but the existing palace is close to the original. So, let’s take a look!

Here is the outside:

The view from above:

Inside the courtyard, which contains two wells:

A close-up of the link to St. Mark’s

OK, let’s say you are, oh, the King of Naples, in town to discuss business with the Doge. Your ship pulls up to the harbor, but you’re lucky if anyone comes to meet you. You get off the ship and arrive at the entrance to the Palace.

The first thing the Doge liked to do was to make sure you had to climb to meet him. Your journey started here.

Then, once inside, you found this:

Up we go! To the landing where there is another set of stairs like this one. By the time you get to the Doge, who is on an elevated stage, you are more than just breathless in anticipation!

You observe that the Doge spared no expense on decor:

One of the things Doges loved to do was to have themselves painted into biblical scenes:

Well, we could go on and on to room after room, but there are two you should definitely see: First, the Room of the Great Council!

Sometimes, if the Doge was planning something really big, like a war, he would convene the Great Council, which consisted of males 25 and over from the proper families. This could be up to 2,000 people. Where are you going to put them? Right here!

At the far end, where the Doge sat,  you’ll notice a rather large painting:

The artist Tintoretto was a favorite of the Doges and they were always bugging him to put out more work. Finally, he hired a workshop of apprentices, fine artists in their own right, including three of his children. It was the Tintoretto Workshop, and the man himself, who produced this painting, called Paradise. It is reputed to be the largest painting on canvas in existence. It is the size of a tennis court. Tintoretto was 70 at the time. This was his last major work.

Here are some details:

Everything builds to Christ crowning the Virgin Mary:

Over the thousand or so years, Venice played around with different ways to set up government around the Doge. Predictably, the larger the council the more unwieldy it became. At one point somebody came up with the idea of taking the top ten most influential guys and making them a separate council to deal with issues in a hurry. They became the Council of Ten and one thing they did was to decide the guilt or innocence of various alleged offenders. Here is a detail of where they met:

As you might imagine, some of the cases heard by the council were of a delicate political nature. And, if they decided that some guy was guilty of, say, treason, and a lot of his supporters were out in the hall, it would not do to parade him through the palace. If you look closely at the wood panels you will note, in spite of the glare, that one panel, almost in the center, seems to stand out from the others. That is because it is a secret door which leads directly to the dungeon below. No muss. No fuss.

In our next post we will take you to the dungeon for a nice visit. I will leave you, though, with a small sampling of treasures from the war room where you can take a look at some of the brotherly love displayed on the Medieval battlefield: