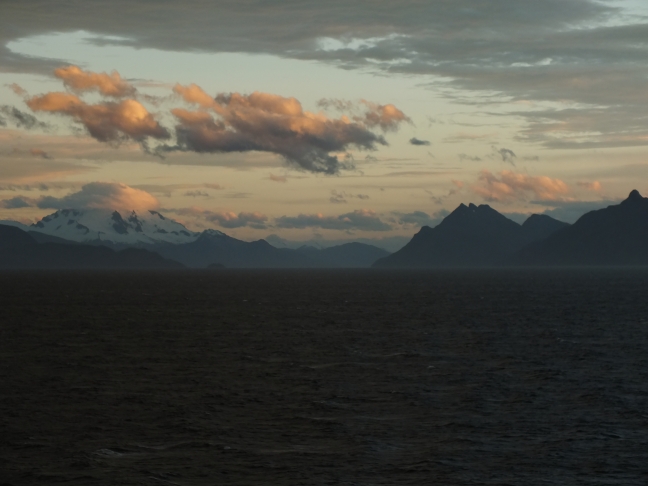 Toward evening we said goodbye to Punta Arenas and the Strait of Magellan and headed south through the Cockburn Channel. This evening and all of the next day, Mother Nature would steal the show. The South American continent ends at Ushuaia, but across the Strait is the cluster of islands called Tierra del Fuego. This is still Chilean territory. It is where we headed next. We were treated to quite a sunset:

What a great night for sailing:

The next morning we were at it early! In the night we had entered the Beagle Channel, named after the boat that carried Charles Darwin as a naturalist on a mission to survey Tierra del Fuego. His book The Voyage of the Beagle is a diary of this experience.

The upper entrance to the Beagle Channel is called Glacier Alley, for some reason. 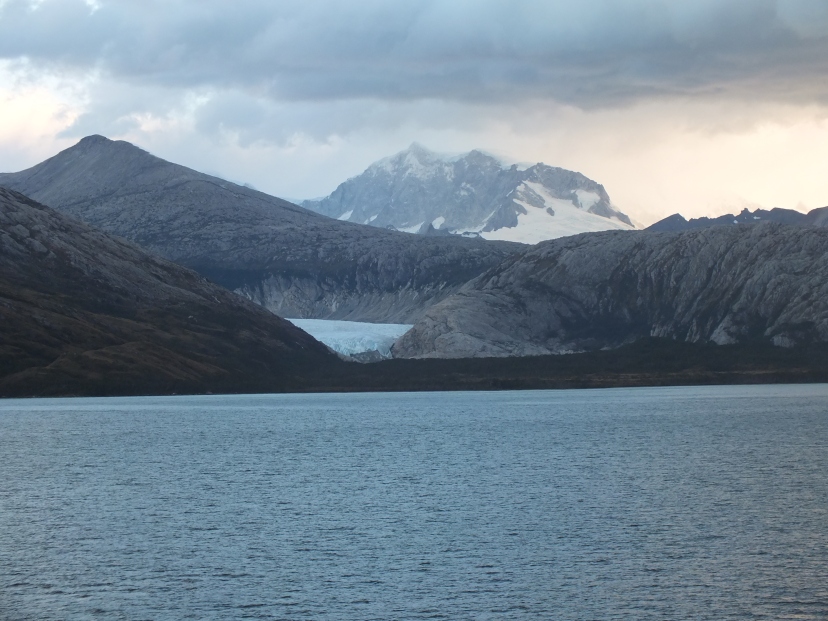 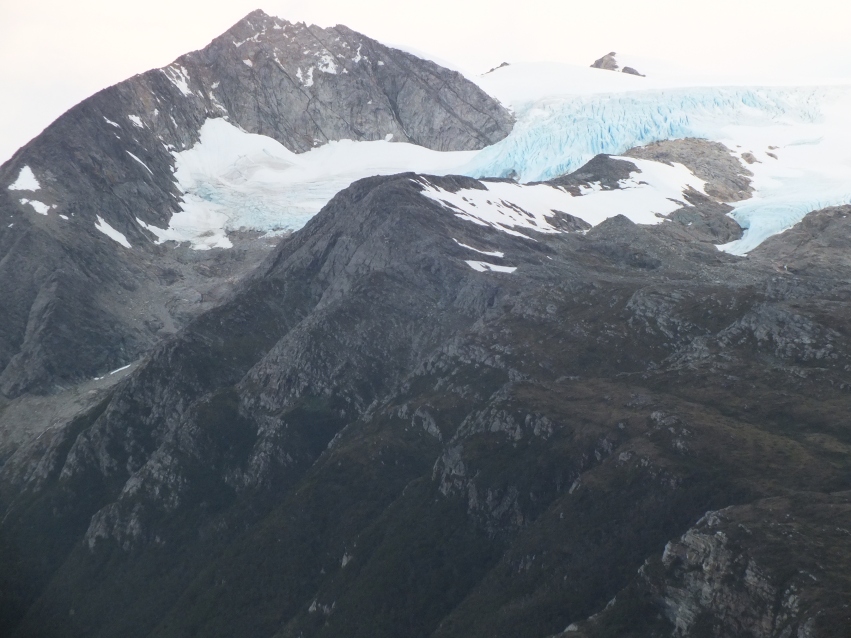 A little bit later we were treated to a beautiful moonrise: 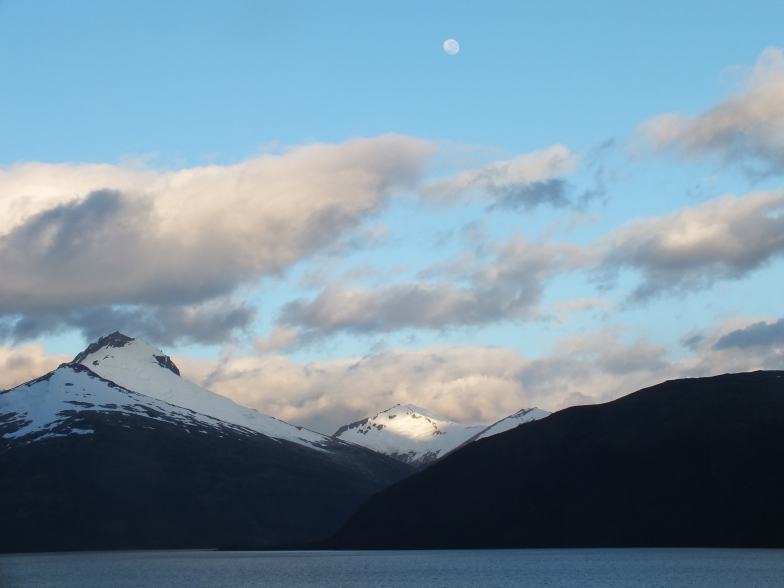 What a way to start the day. And, it got even better as the sunlight began playing off peaks! 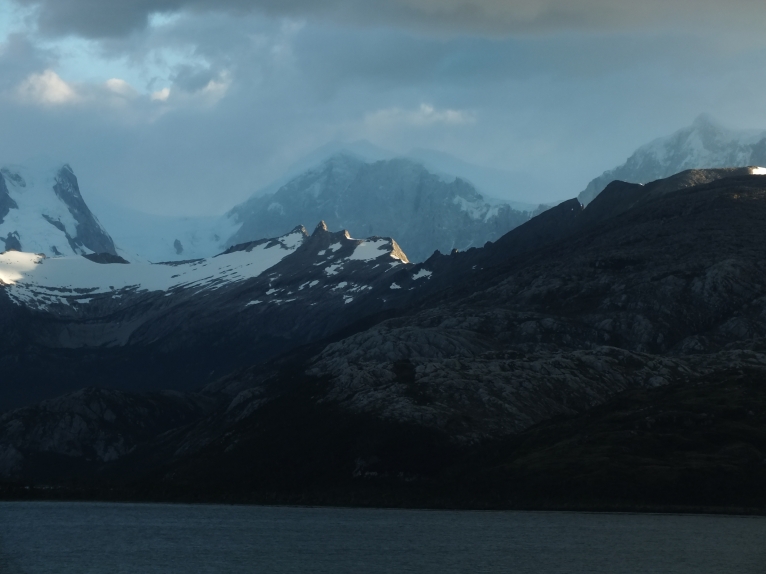 That was a nice one! Wish we could see more!

Wait a minute. What’s that up there?

What an incredible place!!! 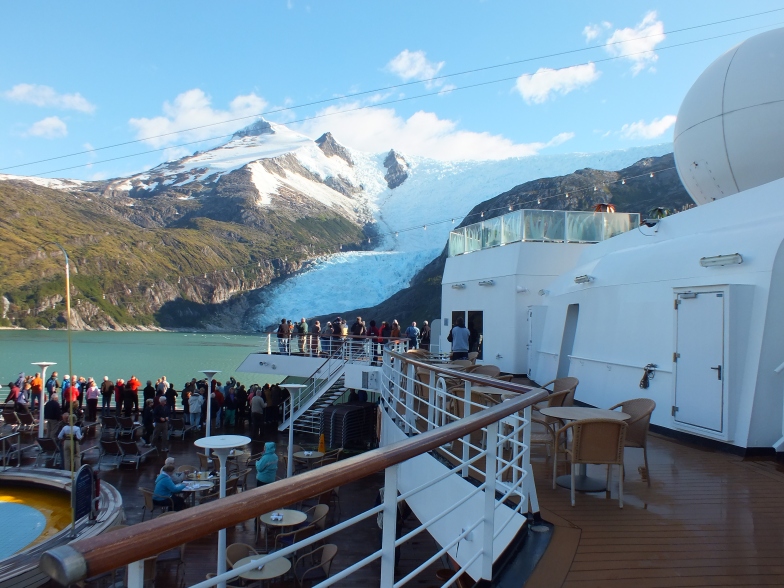 Throughout our journey down Glacier Alley the ship’s naturalist kept us informed about the qualities of each glacier, the wildlife in the area, the history, and so on. What an asset they were to the experience! As we have done so many times before, all we could say to ourselves: What a wonderful world!

At last, it was time to leave the channel for our next port of call, the last one before Antarctica.

As night fell, we found the lights of beautiful Ushuaia! We were now in Argentina! But not for long.